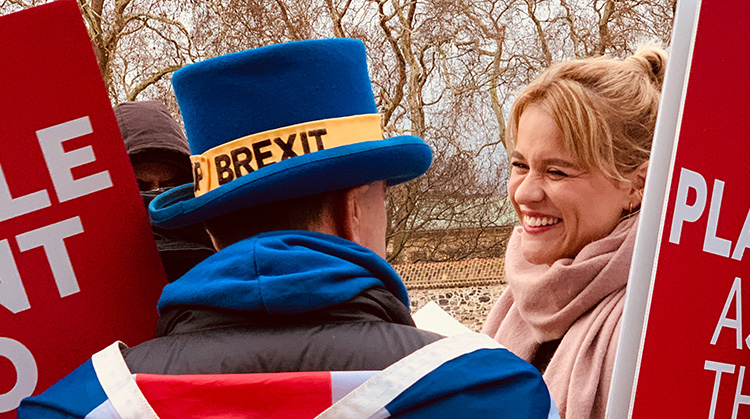 Undoubtedly, the UK is going through one of its most politically turbulent times, certainly in my lifetime. Given that many of us turn to Google (and its anonymous, non-judgemental, resourceful search box) as a source of knowledge, explanations and reassurance during troubling times, it feels quite pertinent to explore Google data to understand a bit more about how we’re all feeling about the B-word right now.

Before I delve into the research, I’m keen to flag the unrivalled insightfulness that Google represents in circumstances like those that we, as a nation, find ourselves in right now. While social listening can be a great source of insight, most of us adopt a persona on Facebook, Twitter and Instagram; we show off the best elements of ourselves and our lives and scarcely talk about the negatives or the things that are troubling us. Equally, surveys, interviews and focus groups can all uncover a wealth of data, but that data can be skewed by research bias; participants giving unnatural answers or trying to answer research questions in the ‘right’ way. With the best intentions, of course!

Seth Stephens-Davidowitz, author of Everybody Lies: Big Data, New Data, and What the Internet Can Tell Us About Who We Really Are, calls Google data “the most important dataset ever collected on the human psyche”, and I’m inclined to agree with him. It’s obtained in-the-moment, with no artificial research context to give a bias and because our searches aren’t seen by anyone else, we don’t need to project a better version of ourselves. In fact, we turn to Google to scratch a real itch, be it seeking answers to a question or finding a community of people who agree with us. In work-mode, I use it regularly to get a deeper understanding of the motivations and attitudes of the population and it feeds content and campaigns within Propellernet day-in, day-out.

So, on to Brexit…

We want all the information. And Benedict Cumberbatch. And we’re anxious.

At the time of writing (05th April 2019), Google’s top suggestions when you type ‘Brexit’ into its search bar were as follows:

A number of those searches are very broad and very much information-seeking, but already you can see some interesting behaviour materialising. ‘Brexit anxiety’ being a top search term indicates how much stress and mental anguish the chaos is bringing to the population, while ‘Brexit the uncivil war’ highlights the popularity of Channel 4’s recent film (which featured Benedict Cumberbatch).

Will Brexit cause a war?

We’ve already established the prevalence of ‘Brexit anxiety’ as a search term, but using AnswerThePublic.com, we can look at some of the longer-tail terms around Brexitand identify real concerns. Besides asking whether Brexit will happen/be stopped/be delayed, people are searching in ways that indicate fear around specific consequences of Brexit:

While questions around travel, house prices and pensions might be expected, those around wars and riots really highlight the extent to which the uncertainty is driving real fear into the population.

What about our Toblerones?

The above searches reflect a mix of terms that will have been driven by news stories (Toyota’s threats to halt car production in the UK, farmers having to deal with milk lakes in Northern Ireland and Toblerones shrinking in size as chocolate becomes more expensive to produce) and pure curiosity about certain entities. Of course, curiosity around the NHS likely stems from the prominence of NHS funding in the Leave campaign messaging.

Is Brexit good for the UK, or is it a farce?

Looking at the full breadth of questions around Brexit, there are plenty that indicate support for the process, and plenty that suggest an anti-Brexit stance.

In terms of individual volume, there are more anti-Brexit search terms being used – though that’s not to say that the total volume of searches for these terms outweighs that of all the pro-Brexit terms. They include:

The final four on the above list highlight a behaviour that fascinates me; people literally typing a statement into Google, probably in the hope that they’ll find content and/or a community that holds the same viewpoint as them. We so frequently turn to Google for an answer to a question – and this, likely, frustration-driven statement search is so different.

Tea bags, felines and The Eagles

Despite these testing times, there’s some humour to be found online. Many individuals have tried to come up with analogies to explain or highlight certain elements of Brexit and people are seeking them out via Google. The most prominent are:

I really like how these analogies – and their prominence in Brexit long-tail searches – highlight the importance of creative storytelling around complicated matters. The metaphors have landed in our brains to the extent that there’s a high volume of us seeking them out, likely to relay to a friend or family member.

There’s lots more Brexit sentiment to be uncovered from search behaviour, but I’ve pulled out some of the stuff I found to be the most interesting or significant.

Beyond Brexit, there’s plenty of sentiment to be uncovered from search behaviour for all kinds of industries. Consider your audience; their hopes, their fears, their pain points, their secret searches. Use AnswerThePublic.com or plain-old Google suggestions to surface the long-tail searches that these triggers are driving. And then create content to help.

All data taken from UK-located, English-language searches, via AnswerThePublic.com 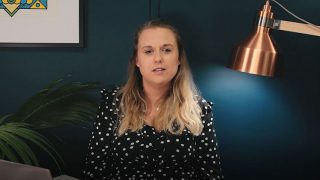 Enjoy 90 minutes of self paced learning to become an expert in Search Listening. 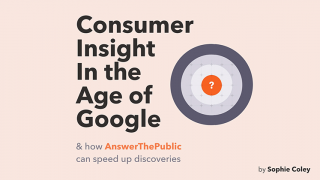 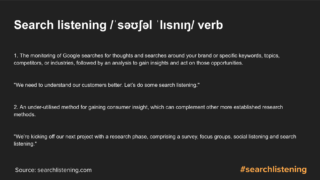 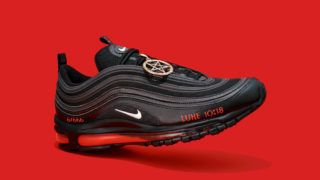 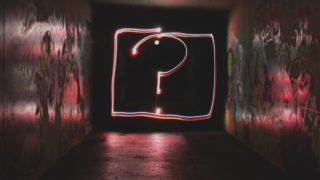 6th May 2021 By Hannah Harris
What data sets can you get from Google and how do you use them? Read more